AI: is your IP Strategy up to Speed? Here are Six Routes to Check 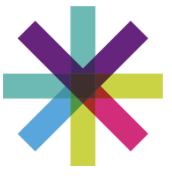 The increasing popularity of AI as a research topic is reflected in patent filings. According to the World Intellectual Property Office (WIPO), by 2019 there had been over 1.6 million AI-related scientific publications and nearly 340,000 AI‑related patent applications. Similarly, the United States Patent and Trademark Office (USPTO) has seen filings relating to AI technology rise from around 9% in 2002 to around 16% in 2018.

IP law, particularly patent law, has had to evolve alongside these changes. Patent law on software and mathematical methods has long been contentious, with the boundaries of the patentable subject matter being tested and probed year after year. Often different jurisdictions have diverging opinions, sometimes subtle, but often more pronounced. While there’s a much-peddled myth that software-based inventions cannot be patented, it’s true they tend to be more challenged during examination than inventions based on more ‘traditional’ technology.

Whilst patents are often regarded as the ‘gold standard’ of IP rights, they’re not the only form of IP protection for AI-based innovations. A diverse IP portfolio underpinned by a well-thought-out strategy may be more effective than one focused on a single type of IP right.